What I Learned From Having Dinner With A Chinese Family 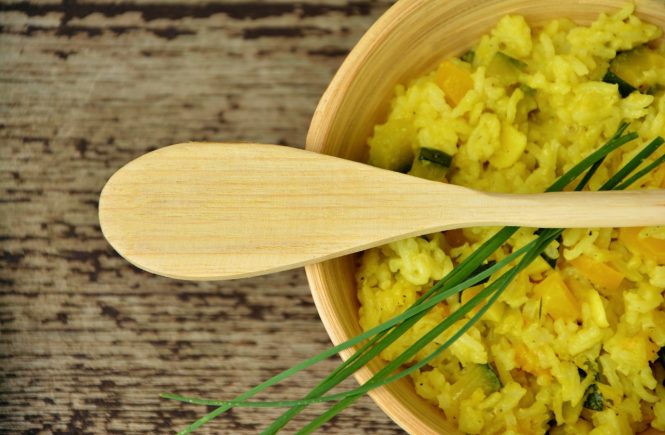 Last week I had the opportunity to eat a meal with and prepared by a Chinese couple who were visiting my town from Beijing to see their son, a Yale graduate student. We had made the dinner plans a few days prior, but right before our rendezvous I was feeling a little under the weather and kind of dreading the occasion because of it. I wondered to myself (and to my husband) whether our student acquaintance realized that meeting parents was more of a momentous occasion in the States, rather than a casual get together. After all, we had only met him once before!

Regardless of how I was feeling, I knew that we couldn’t cancel last minute as that would have been exceedingly rude and ungracious. So off we went for an evening of – well, I had no idea what to expect.

Perhaps I expected a more formal scene, one that involved honor and ceremony, or perhaps I just didn’t expect so much laughter. Is that something I can blame on the media, with all of it’s movie portrayals of stoic-faced Chinese businessmen making high level decisions and going on about dignity and the honorable thing to do? Maybe, but probably not. The media does what the media will, but it is up to you to discern truth using common sense, your moral compass, and your own experiences.

So here are the things I learned when I ate a meal with Chinese visitors for the first time:

They come in all ethnicities, shapes, sizes, and personalities. Just because a person is from a specific country or region does not determine what they will be like. I, of all people, should know this through and through, since when I tell people (even other Jamaicans) that I was born and raised in Jamaica to Jamaican parents, they scratch their heads and mutter incredulously under their breaths. Stereotypes are often untrue and widely misleading.

In Jamaica, I was “white”, “brown”, an endearing term for “Chinese” or “Indian”, or sometimes just “you girl!”. When I moved to the States, people were just confused. Some people thought I might be “black, but not quite”, or “Hispanic”, or even “Filipina”. When I visited Germany, my friend told me the reason I was probably getting odd looks was that people likely thought I was an Arab immigrant.

When you have a tan complexion and racially ambiguous (i.e. very mixed!) features, people don’t like that they can’t put you in a box. But I am so grateful for my different appearance for that very reason. You should never judge people based on what they look like, or what you know (or more likely, what you think you know) about someone’s nationality or ethnic group. Similarly, you should never try to be someone other than your own true self just because of the way you were raised, or the culture you grew up in. Each person has a unique identity and personality, and that’s what makes people so great.

2. New situations are good for the soul.

In this context, the foreigner has already reached across the cultural gap and chosen to identify, if maybe only temporarily, with the American culture and way of life. As such, I can relate to their situation as someone who came to this country to study as well. If you have received a college degree, and/or traveled around this country a lot, meeting lots of new people wherever you go, chances are that at some point, you have met a foreigner in a somewhat similar context.

However, it is way less common for you to meet foreigners who are only visiting, and meet them in a personal (rather than a business) context. In my case, I met this Chinese couple because a neighbor acquaintance decided that his parents would enjoy meeting us. If we didn’t happen to move to the street we now live on, or if our neighbor wasn’t friendly or courageous enough to invite us over, we never would have met these lovely people. And we would have been worse off for it.

3. Meeting new people gives you a fresh outlook on life.

When you have the opportunity to meet someone new who is from another country, another language, and another generation, you are getting the opportunity to see life from an entirely different perspective. Engaging with such a person is an enriching experience that opens your eyes to things you have never considered, and makes you think outside the box for ways to break down the cultural and language barriers.

It helps to make you think not of “us” and “them”, but of humanity as a whole and how diverse of a species we are. We often can get a taste of this experience while traveling outside our home country, but many times when we are a tourist in another land, we don’t get the opportunity to have the private, almost intimate experience of sharing a home-cooked meal with true locals. If you do, count yourself as lucky.

4. Sharing food is a global phenomenon.

No matter where on the planet you go to a family’s house for a meal, they will make efforts to make you feel comfortable and satisfied through the act of sharing their food with you. The ways they might go about this will vary widely, but at the most basic level, people want you to like them and appreciate their way of life.

For my parents, welcoming someone into their home means ensuring that their plate or cup is never empty. My dad is constantly bombarding guests with victuals, whether they have agreed to partake or not. This is his way of saying that he likes you and wants you to be happy.

For my high school friends in Jamaica, sharing food was never an option – it was a predetermined part of our relationships. If one person bought fries and chicken from the cafeteria, and another bought a bag of chips and some Skittles, and yet another bought fried rice, we would all sit on outdoor benches together in a twisting swarm of forks and hands, grabbing at each others wares.

On the other hand, I know a large number of Americans who seem shocked when I dig my fork into my husband’s dessert without asking, or who have told me that once food is on their plate, it’s off limits to everyone else. And that’s okay (though I might not fully trust you if you self identify as one of these individuals). But I would bet that these same people invite their friends over for dinner, or a cookout, or offer guests refreshments as soon as they walk through the door of their home. My point is, how people may choose to share their food varies, but sharing food in general is one of the best ways to connect with people.

Like sharing food, a smile goes a long way to bridge the gap between languages and cultures. Even in a more formal culture, a smile shows happiness, mirth, amusement, and contentment. In the hours we spent with the Chinese family, as the evening wore on you could physically see each side of the table relax. As we all slowly, then more quickly, became more comfortable with our surroundings, our body language became less rigid, and we all smiled and laughed more easily. By the end of the night, we were all rowdily laughing and clapping around a Chinese card game that the family taught us (which was really fun!).

It was interesting to see on Facebook a few days later that when the family posed for the son’s graduation picture, no-one smiled, and they hardly even touched each other. What would have been a giddy, exuberant moment to an average American family (for example, Hubs’ graduation pictures with his own family a few days prior showed lots of teeth!) was captured as a somber, stately instant in their photograph. They almost looked like completely different people to the warm, jovial ones I had met in their son’s home.

Perhaps the reason for the disparity between the photo and my own experience with the family is that how they prefer to outwardly portray themselves differs to how they perceive themselves inwardly. Or, perhaps it is because most people are like onions, and you have to peel back several layers before we allow our emotions to run raw and ragged, as they do with those in our most intimate layers.

A show of emotion, then, is a signal that a layer has been pulled away. A laugh, a sign that you are getting closer to the core of the utterer’s onion. When my family is all together, there are almost constant peels of laughter shrilling throughout the house as jokes are made (mostly at the expense of other family members), sides are tickled, bloopers are bleeped, and new memories are made. Laughter is a sign that life is happening around you, and happening abundantly.

Do you have any stories of meeting people from totally different worlds to your own? If so, was the situation eye-opening, scary, awkward, or humbling? I would love to hear about them! 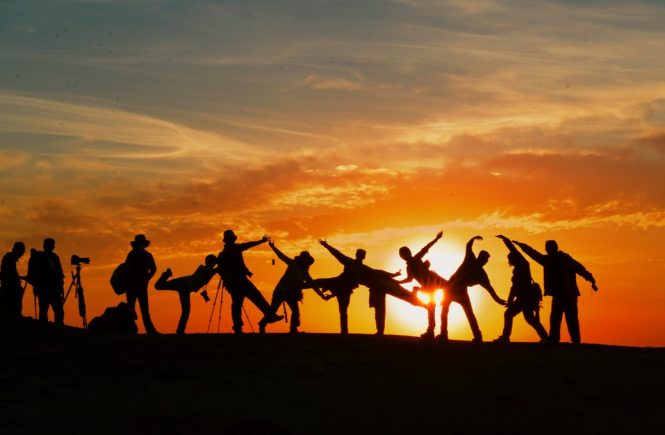 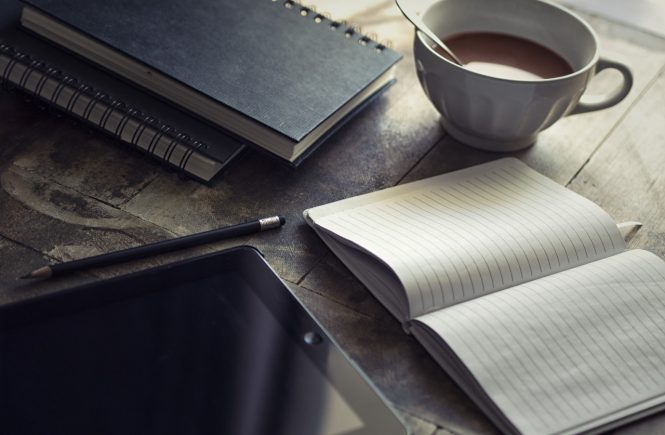 Why I Started My Blog 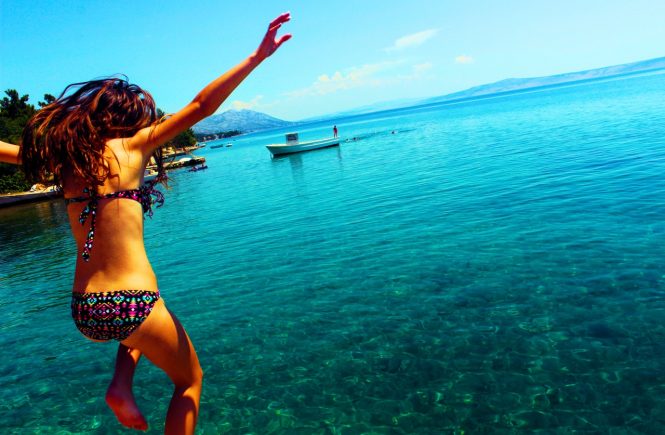